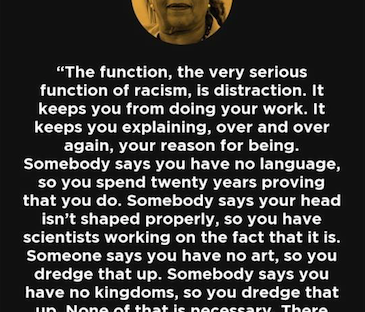 As everyone within a 1,000 mile radius of Gainesville knows, Richard Spencer will be speaking on the University of Florida’s campus tomorrow.

Some people are committed to protesting the event.
Some say that it’s “free speech.”
Some are concerned about their safety and will not be on campus that day.

It’d be redundant to talk about how I feel towards the event. It’s obviously sickening. Instead, I want to examine a different issue—the pressure students (mostly young, black students) feel from within the community to protest the event. In the past few days, I’ve seen countless Facebook statuses, Snapchat stories, and tweets from older UF students not just encouraging students to protest, but implying that students who don’t are cowardly or worse.

I have two massive problems with this outlook on the issue.

First and foremost, protests have traditionally been used before a decision is made, when a decision can be overturned, or to force a decision to be made. Protesting while Spencer is making his speech isn’t really doing much, from a strategic and logistical standpoint at least. It’s not like being there will stop him from speaking.

It could send a message that rhetoric adjacent to Spencer’s isn’t okay and to make UF aware of the hell that having a similar event in the future would raise on campus, and that’s important. Ultimately though, Spencer will be here tomorrow regardless of if there is a protest or not. So, is the outcome really worth your safety? Or even your life?

Secondly, people are justified in fear of their safety. In case you all forgot, Heather Meyer died while protesting in Charlottesville. It’s not okay to shame people for being scared. If you are passionate enough to die for this cause, then more power to you. That doesn’t make you better than anyone who stays home to ultimately protect their life.

Personally, I still haven’t decided what I am going to do tomorrow. I wanted to write this to speak up for those who may not know what to do right now and feel conflicted. Trust your instincts, wherever they may lead you. I’ll end with this powerful quote from Toni Morrison on how the serious function of racism is distraction. 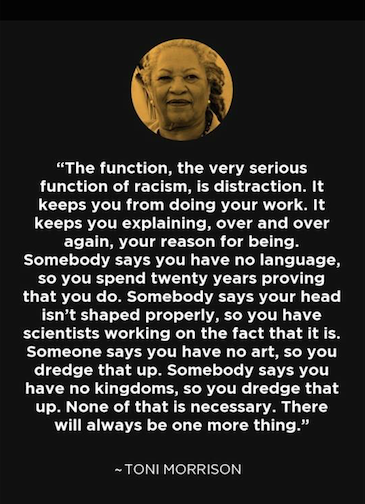 After this event, do your best to go back to focusing on school, family and friends. Most importantly, stay safe.

View all posts by acutofcrystal